The first quarter wasn’t just a record one for earnings and sales growth. It was also a record quarter of stock buybacks.

More than $500 billion in stock buybacks have been authorized in 2021 so far, which represents the fastest pace for stock buybacks in 22 years, according to the Wall Street Journal. Interestingly, this “buyback bonanza” isn’t showing any signs of abating any time soon either. Stock buybacks are anticipated to increase by at least 35% year-over-year in 2021.

The technology sector is leading buybacks and makes up 31.6%, or $56.4 billion of all repurchases for the first quarter of 2021. Second is the financial sector with 20% of buybacks. Healthcare took third place with 11.4% of all buybacks in the first quarter.

The top three largest corporate buybacks so far in 2021 were Apple Inc. (AAPL) with $18.8 billion; Alphabet Inc. (GOOGL) with $11.4 billion; and Microsoft Corporation (MSFT) with $7 billion, according to Forbes.

This is important to note because cash-rich companies in the S&P 500 that are buying back their stock naturally outperform the overall S&P 500. In the case of GOOGL and MSFT, they’re up 38% and 17%, respectively, year-to-date. The S&P 500 gained 11% during the same time period, while AAPL is down 1%. So, only AAPL is lagging the S&P 500.

The reason why stock buybacks are so effective is that they reduce the number of shares outstanding—and that provides a solid foundation under these stocks. So, as we enter the bumpy summer months, stocks with aggressive buyback programs, as well as generous dividend payments, will be more resilient to the market’s swings.

Now, the record pace of stock buybacks is great news, as it demonstrates that Corporate America is taking advantage of ultralow interest rates to refinance its existing debt and add to its cash reserves. Since the average return on equity (ROE) at most S&P 500 companies is much higher than money market rates, the finance executives at these companies tend to use excess cash to repurchase outstanding stock to boost returns and underlying earnings per share.

Now, let’s focus on Apple for a moment. Over the last five years, Apple has spent $319.2 billion on buybacks and during that time, the company’s stock has almost quintupled in value. In its most-recent earnings conference call, the company announced that its board of directors approved a $90 billion increase in its buyback program.

While AAPL may have the largest buyback program, I’m not interested in it as a dividend or growth stock. I think there are fundamentally superior opportunities out there.

Case in point: DICK’S Sporting Goods, Inc. (DKS), one of my Growth Investor Elite Dividend Payers stocks. It exemplifies strong fundamentals and a great buyback program. Here’s what I mean…

The analyst community was expecting earnings of $1.12 per share on $2.18 billion in sales. So, DICK’S posted a whopping 238.4% earnings surprise and a 34% sales surprise. DICK’S announced that it will pay a quarterly dividend of $0.36 per share on June 25. So, all shareholders of record on June 11 will receive the dividend.

In terms of buybacks, the company estimated a minimum guidance of $200 million for buybacks in 2021. So far in 2021, it has  purchased $76.8 million in buybacks. Take a look at DICK’s year-to-date buyback chart: 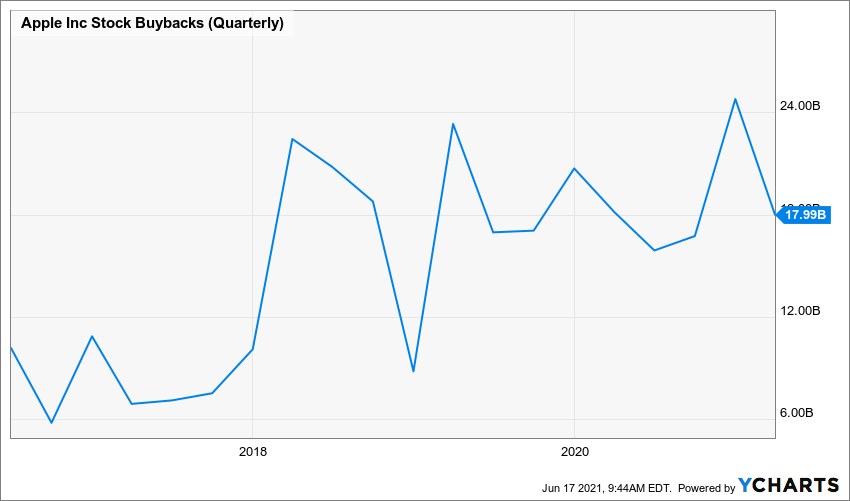 As you can see, the company is recovering rapidly from the effects of the pandemic and is now increasing its buyback program. So, it’s no wonder that I made DICK’S my number-one Elite Dividend Payer for June. The truth of the matter is it offers a nice blend of growth and income, which is why it earns an AA-rating (an A-rating in my Portfolio Grader and an A-rating in my Dividend Grader).

Now, let’s compare DICK’S to Apple and see how they stack up in Dividend Grader. (DKS’ Report Card is on the left and AAPL’s is on the right.) 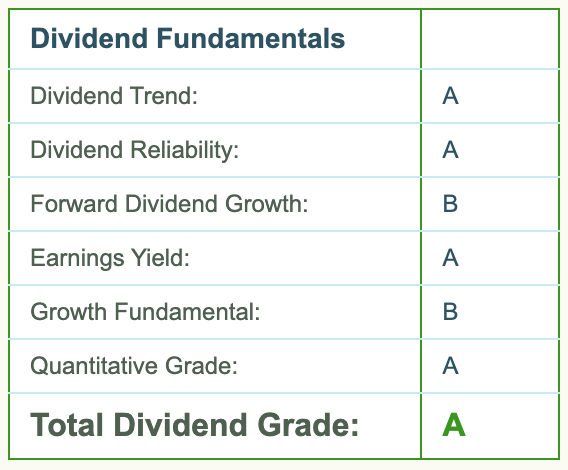 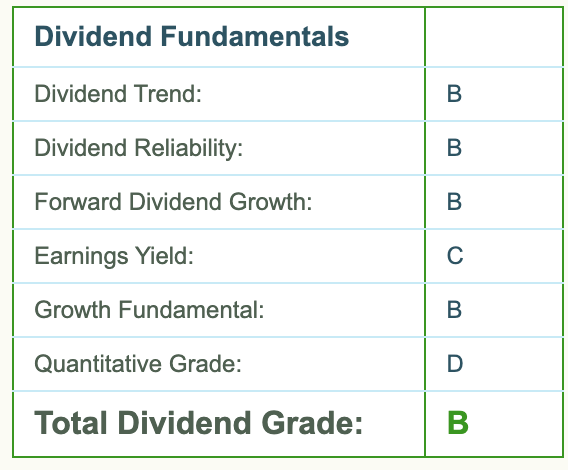 It’s also significantly outperformed AAPL this year, up 63% year-to-date, while AAPL is about flat over the same time period.

This is just one of many fundamentally superior companies with robust buyback programs at Growth Investor. If you’re interested in my Top 3 Stocks list of Elite Dividend Payers, as well as full access to my Elite Dividend Payers Buy List, click here. This Buy List is also chock full of companies that reward shareholders with consistent and growing quarterly dividends.

P.S. There’s a great divide opening up in America and investing in my Growth Investor stocks will help get you on the right side of it. On one side is a new aristocracy that’s amassing more wealth more quickly than any other group in American history. For people like me, the one percent, life has never been better, more prosperous.