In early 2002, as America was reeling from the dot.com stock crash, as the New England Patriots enjoyed their first Super Bowl win, and as A Beautiful Mind won the Best Picture Oscar, an unusual-looking can began appearing in stores…

The can contained a product called “Monster Energy.” 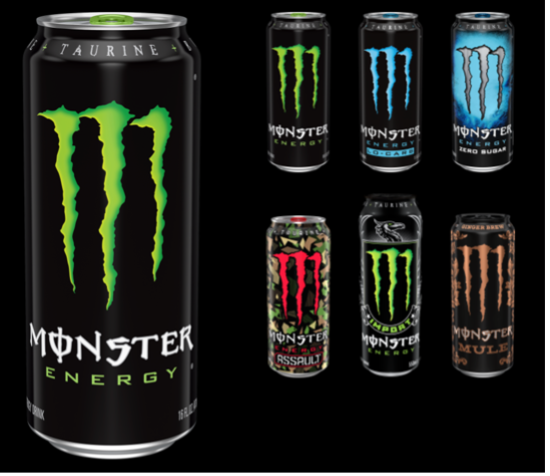 Monster Energy is sold as an energy-boosting drink, full of sugar, caffeine, and other stimulants. If you’re over 60 years old, chances are good you’ve never tried it. You stick to coffee. But in the early 2000s, Monster Energy became a phenomenon with 20- and 30-somethings. For many young people, energy drinks like Monster became “their coffee” and “their Coca-Cola.”

Thanks to this huge shift in consumer tastes, the maker of Monster Energy saw its revenue from drinks skyrocket from $50 million in 2003 to $1.7 billion in 2011, a 34-fold increase.

The iron law of the stock market says that if a company massively grows its sales and earnings grow, then its stock price will massively grow as well. So, it’s no wonder the maker of Monster Energy – a small firm named Hansen Natural – saw its shares skyrocket in the mid-2000s.

I’m more familiar with the Monster Energy story than most. Readers of my Breakthrough Stocks newsletter were on board with the stock and took the ride of their lives. From my original buy recommendation of the stock in January 1, 2004, to our sell alert on June 1 2007, we made an incredible 1,125%.

That kind of gain changes lives.

Every decade, no matter what is happening with the economy, dozens of stocks climb by more than 1,000%.

The popular coffee chain, Starbucks Corporation (SBUX), for example gained 1,807% during the 1990s.

As you can see, “super-performance stocks” come in many forms.

Sometimes they are innovative restaurant chains with great new concepts.

Sometimes they are high-tech firms that change the world through their innovations.

The business models these winners employ have their differences, but the cash profits reaped by shareholders are the same.

The allure of making huge profits has drawn people to the stock market for over a century. And although many people search for stocks with 1,000%-plus potential, few find them.

The reason for this failure is simple.

Instead of using a proven, repeatable strategy for pinpointing the world’s best growth stocks, most people take the amateur’s approach. They use gut instincts and follow “hot tips” from other amateurs.

They employ different strategies randomly. They flutter from strategy to strategy like butterflies. And they end up with crudely constructed, messy portfolios.

Today, I’m going to show you how to succeed where others fail.

Through hundreds of hours of work and exhaustive computerized data analysis, I found that stocks poised to climb 10-fold… 20-fold… even 50-fold exhibit some unique financial characteristics.

My findings have changed my life and the lives of many others. Although I started from humble beginnings, I’ve made more money than I ever care to spend (although I’ve spent a lot on sports cars, one of my other passions). I’ve helped many regular Americans make huge returns in the stock market.

I want you to have that, too, so I’m going to show you how to find super-performance stocks that can make you 1,000%+ gains. I’ll detail my common-sense method for profiting in the market’s fastest-growing, highest-performance small-cap stocks.

You’ll learn how to find them… how to buy them… and the characteristics they share.

And more important than press clippings, my proven system for picking stocks directed my readers to Apple Inc. (AAPL) when it was trading at the equivalent of just $4 a share…

…Along with Amazon.com, Inc. (AMZN) during the early 2000s, long before it became the largest retailer in the world.

Then there’s my early recommendation of Google, now called Alphabet Inc. (GOOGL), which numerous media outlets have written and talked about over the years…

Including newsletter industry watchdog Mark Hulbert of MarketWatch, who credited me with being “the analyst who recommended Google before anyone else.”

Most importantly, the proven system I’m about to share with you has made my clients and readers a great deal of money over the past 37 years. I’m confident they can help you do the same.