BABA’s business is so similar to Amazon that it’s considered the “Amazon of China.” The company runs the largest online marketplace in China and the Alibaba Cloud is China’s leading cloud platform. Amazon dominates e-commerce in the U.S. and Europe and owns Amazon Web Services (AWS), which is the largest cloud platform in the world.

So how did Amazon do versus the Amazon of China in terms of earnings? Let’s take a look.

Amazon achieved total fourth-quarter revenue of $125.56 billion, their largest quarter revenue of all time. This topped analysts’ estimates for $119.7 billion.  Revenue is up 38% year-over-year. Amazon also achieved third-quarter earnings of $14.09 per share, beating analysts’ forecasts of $7.23 by 94.8%.

Amazon also revealed Jeff Bezos would step down as CEO and be an executive chairman. Andy Jassy will replace Bezos as CEO during the third quarter of 2021. Jassy is currently the CEO of Amazon Web Services and has been with Amazon since 1997. Forbes magazine described Jassy as “Jeff Bezos ‘Shadow,’” or simply put: Jassy is Bezos’ technical advisor and chief of staff, so it’s clear why he will take the position as CEO.

For the most-recent quarter, Alibaba reported total revenue of $33.88 billion, or 37% annual revenue growth. Third-quarter earnings per ADS increased year-over-year to $3.38. The consensus estimate called for earnings of $3.17 per ADS on $33.49 billion in revenue, so BABA posted a 6.6% earnings surprise and a slight revenue beat.

The company also reported $2.49 billion in cloud computing revenue, which is up 50% year-over-year. The company stated this rise was driven by “…robust growth in revenue from customers in the Internet and retail industries and the public sector.”

According to my Portfolio Grader tool, the companies receive a B-rating for their Total Grade, making both “Buys.” However, AMZN also has a B-rating for its Fundamental Grade, topping BABA’s C-rating. So, AMZN’s fundamentals are a bit stronger. These companies both receive an F-grade for Earnings Momentum. BABA has a D-rating for Cash Flow, while AMZN has a C-rating. 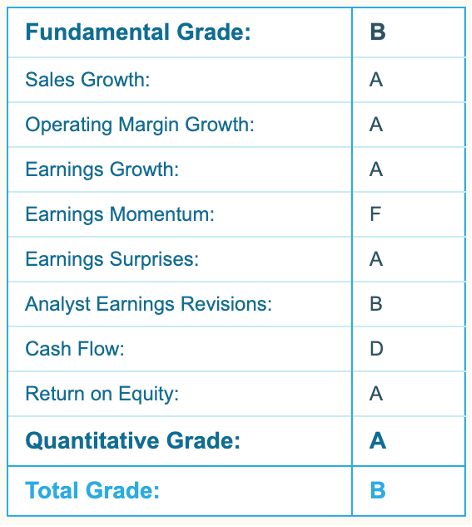 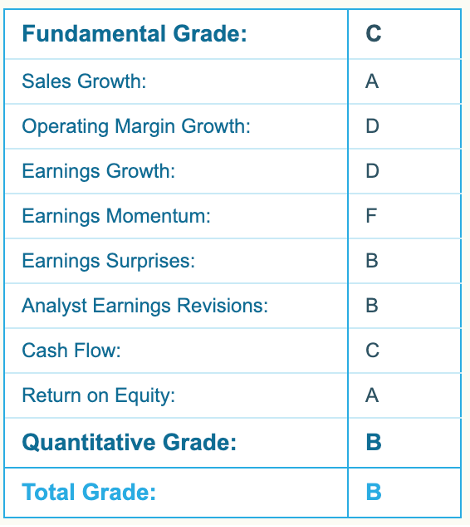 So, based on the results and Portfolio Grader, Amazon clearly beats the “Amazon of China.”

However, I’m not interested in either company right now. The reality is there are lesser known but fundamentally superior stocks that are well-positioned for major growth ahead.

In fact, with my Project Mastermind system, I found two exciting new recommendations, which I released in a Buy Alert this past Tuesday.  The two companies are set to release stunning earnings in the coming weeks, and you don’t want to miss out before these stocks really take off. Make sure to sign up here so you can still get in early.

P.S. For full details on my Project Mastermind system, you can watch a special video briefing here. I gave everyone a glimpse at my system and revealed my number-one stock pick. This company smashed analysts’ expectations for its most-recent quarter, reporting a whopping 76.9% earnings surprise and 9.5% sales surprise. Get the name by clicking here.