The stock market is consolidating today following its big rally on Monday, which saw the S&P 500 and Dow surge to new record highs on massive volume. As I said in Tuesday’s Market360, the rally was a “mean reversion” rally and a big shift out of growth and into value.

The good news is that we’re already seeing some rotation back into fundamentally superior growth stocks. The reality is we remain in a washing machine market. Money never leaves the market, it’s simply reshuffled. Earlier in the week, money poured into dividend growth stocks, but now it’s flowing back into my “go go” growth stocks.

Let me give you two examples…

Zoom Video Communications (ZM) plunged 17% on Monday and then dropped another 7% on Tuesday – down about 24% in two days. However, the stock has since bounced back 15%, slashing its loss by more than half!

The reason why is simple: The company’s fundamentals remain sound. For its second quarter in fiscal year 2021, Zoom reported that revenue soared 355% year-over-year to $663.5 million. That topped analysts’ expectations for revenue of $500.45 million by 32.6%. Company management noted that it’s “ability to keep people around the world connected” ignited the massive growth in revenue during the quarter—and ultimately led Zoom to increase its full-year outlook.

Now, if you go only by ZM’s action this week, it’s pretty ugly. 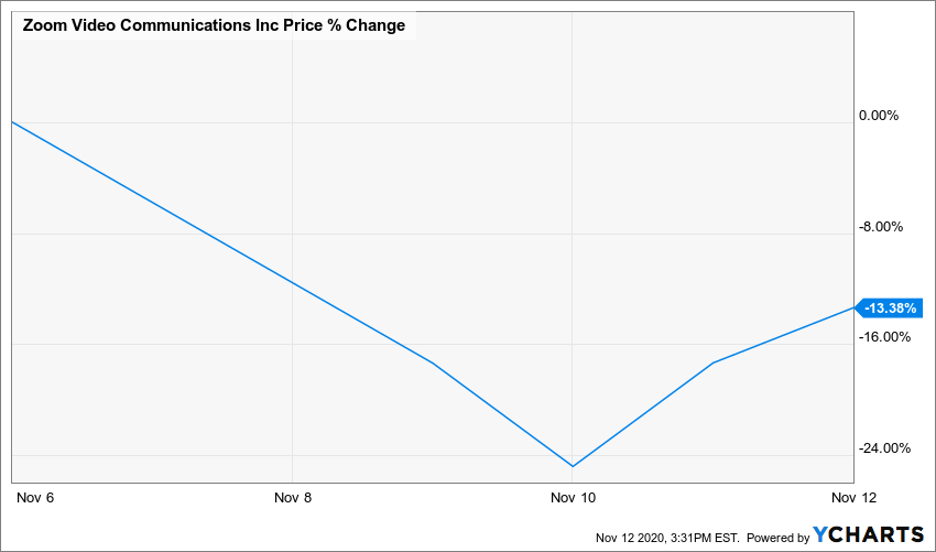 But if you step back and take a more long-term view, you’ll see that Zoom is up an astounding 537%! So, the early week selling was simply an opportunity to buy a high-quality stock on a dip, which is exactly what I told my Growth Investor subscribers. 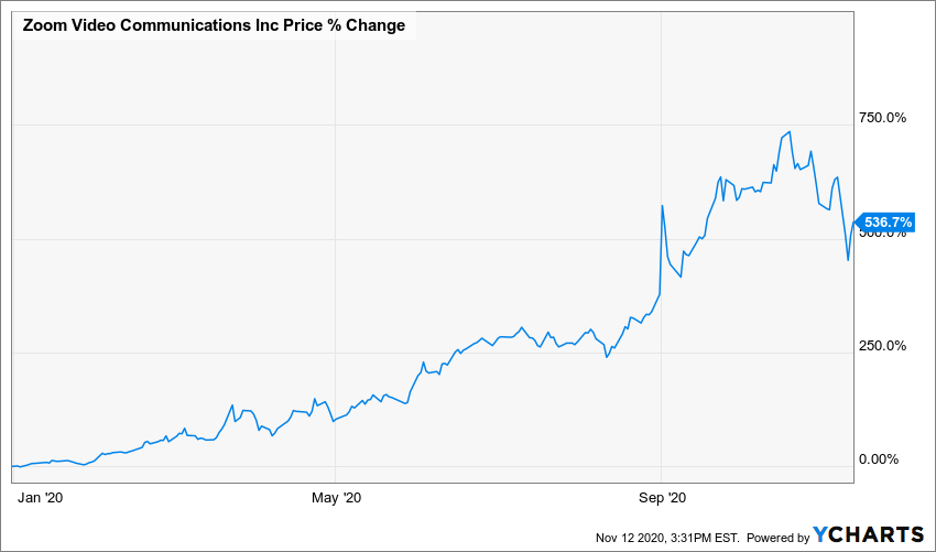 The company is scheduled to report its third-quarter results on November 30. Currently, the analyst community expects earnings per share of $0.76 on $693.87 million in revenue. Earnings estimates have been revised a whopping 117.1% higher in the past three months, so another earnings beat is likely. Remember, ZM soared 41% on the heels of its strong earnings report to record highs, and I look for similar action if the company can top results again.

Logitech International SA (LOGI) fell 19.2% on Monday, but it has since bounced back nearly 8% since its initial drop. For those who don’t know, LOGI develops products like keyboards, mice, iPad and tablet accessories, smartphone accessories, headsets, webcams, home security cameras, smart home devices, video conferencing tools and speakers. Its products are utilized for gaming, as well as personal computer use, music, video streaming, home office solutions and teleconferences.

With folks stuck at home during the coronavirus pandemic, online gaming has surged 75%. Video stream rose 12% and overall web traffic climbed almost 20%. And LOGI is in a perfect position to benefit from this shift.

This was evident after the company smashed analysts’ expectations for the second quarter in fiscal year 2021 and upped its full-year guidance.

Logitech noted that the surge in its business during its second quarter was a direct result of the new environment, with more folks working remotely and finding entertainment online. Logitech stated, “Our products are essential to helping customers work, play and create wherever they are. Logitech is well positioned for long-term growth.”

As a result, Logitech increased its full-year 2021 outlook. The company now expects to achieve sales growth between 35% and 40%, up from its previous forecasts for 10% to 13% annual sales growth. Full-year earnings are forecast to be between $700 million and $725 million, compared to previous estimates for $410 million to $425 million. 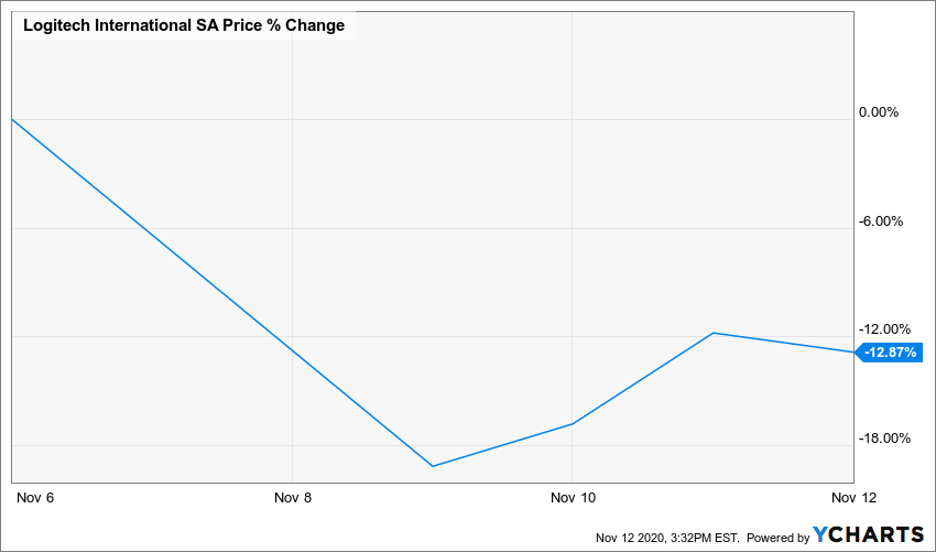 And just like ZM, it’s been on a strong year-to-date, up about 74%. So, the selling was a short window to scoop up LOGI shares at a discount. And, again, this is exactly what I recommended to my Growth Investor subscribers. 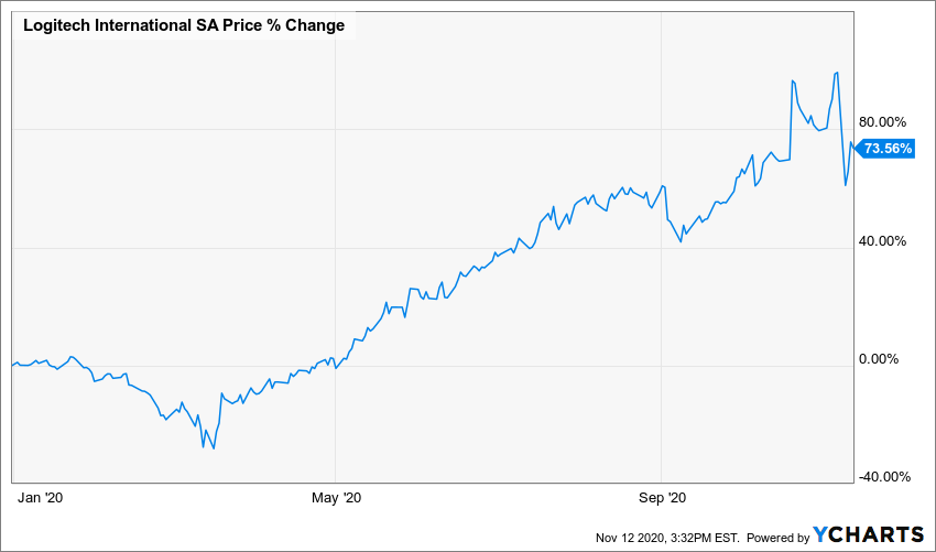 For the upcoming quarter, analysts are calling for earnings per share of $1 on revenue of $1.24 billion. Analysts’ earnings estimates have been revised 27% higher in the past 90 days, so I look for another earnings surprise. And, should history repeat, the stock could trade nicely higher on its results.

This goes to show that earnings are working, as the companies that post strong earnings and sales and positive forward-looking guidance are prospering the most. These are exactly the companies I recommend. My Growth Investor Buy List companies have posted an earnings surprises of 25.4%, on average. In comparison, the S&P 500 companies have topped analysts’ estimates by an average 19.5%.

The bottom line: You just can’t keep a good stock down for very long.

I should add that we’re in the seasonally strong time of year for the stock market, and I fully expect the broader indices and my Growth Investor stocks, in particular, to continue to rally through yearend. So, get ready for a prosperous end to 2020 – and a strong start to the New Year!

Over the longer term, I believe stocks are poised to go much higher. In fact, I’m predicting the Dow will hit 200,000 in the coming years.

I know that sounds crazy, but history proves otherwise.

The Dow went on a 234% tear during the ‘80s, and by the end of the decade, analysts and the media were calling for a market crash in the early ‘90s, much like some naysayers are today. Instead, the Dow surged almost twice as high in the 90s as it did in the ‘80s.

In my special Financial Foreshock Summit, I’ll talk more in-depth about what will drive stocks higher. (You can watch my free briefing here.) I also share where I see the best opportunity to play the growth.

If you’re interested, you can click here for the details. You don’t want to miss out on this next big bull run – and all the potential profits that come with it.