The long-awaited Apple (AAPL) iPhone online event was today, and while the company didn’t reveal any groundbreaking technology, it did finally hop on the 5G bandwagon.

Folks interested in upgrading their phones this year to a 5G-enabled version already have a variety of options, including Samsung’s Galaxy S20 Plus, the OnePlus 8 Pro, the LG Velvet and the Motorola Edge.

Apple expands the list in style with its latest iPhones that come equipped with better cameras, a quicker chip and the company’s latest software, iOS 14. They’re also expected to have the top-selling 5G phone on the market.

The flagship iPhone 12 — which will sell for $799 — is smaller, thinner, lighter and tougher than its predecessor, while the iPhone 12 Mini at $699 is even smaller while retaining all of the specs of iPhone 12.

The iPhone 12 Pro and iPhone 12 Pro Max have larger displays and come with telephoto and LiDAR (Light Detection and Ranging) scanner features to improve picture, vides and gaming quality. The Pro will start at $999, Pro Max $1,099. The phones will start shipping on October 23. 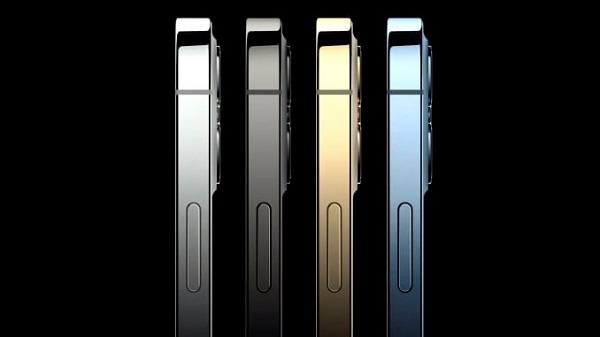 Verizon Communications (VZ) Hans Vestberg appeared in Apple’s event and said the new iPhone will be able to access Verizon’s 5G Ultra Wideband in 60 cities by years’ end and can double users download and upload speeds. Vestberg also noted that regular 5G services will now be available to 200 million users in the U.S.

While Wall Street yawned at the event, it’s still been a strong year for Apple. Its shares have soared over 65% while its market cap has increased beyond $2 trillion. Those figures could continue rising with a new series of 5G phones on the market.

Strategy Analytics estimates Apple will sell 50 million 5G iPhones this year alone, making it the second biggest 5G phone vendor behind Huawei, but with less than three months of sales! Next year, Apple should overtake the top slot for 5G phone sales.

Morgan Stanley analysts predict Apple could sell up to 240 million iPhones in 2020, beating the company’s current record of 231 million set in fiscal 2015. Wall Street foresees iPhone revenue could climb 15% to $160 billion in the coming fiscal year, about $6 billion less than the company’s record set in fiscal 2018.

But that opportunity goes far beyond Apple. I’m talking new and developing technology trends potentially worth trillions of dollars that are enabled by 5G connectivity, from artificial intelligence and virtual reality to smart factories and robotics, remote surgery, self-driving cars and connected cities.

Over 100 mobile operators in 44 countries or territories have launched 5G services to some degree, according to the Global mobile Suppliers Association. And there are currently 138 million 5G connections worldwide, representing a 116% increase from the first quarter of 2020.

Growth has been greatest in North America, China, South Korea, with Europe lagging behind the other regions.

And as 5G networks begin to rollout with industrial applications, Nokia believes 5G-enabled industries are poised to generate $8 trillion worth of economic activity by 2030.

In fact, its recent report entitled Business Readiness for 5G, the company said 72% of large companies it surveyed will invest in 5G within the next five years.

Interestingly, companies that switch faster to 5G as the pandemic subsides should experience a 10% bump in productivity, while doing so during the past several months has allowed businesses to maintain or increase their customer engagement.

The bottom line: 5G is what’s helping keep us all connected in the modern economy. If you live somewhere without reliable broadband access, you might have trouble keeping up with shopping or even finances in the “new normal.” That is, until ultrafast 5G wireless changes all that for you.

Now that we’re all upgrading to 5G from coast to coast, and around the world, it’s mind boggling to consider all the technology involved. And, particularly, all the new hardware that will be required. This is where the best opportunity for investors comes in.

For my money, I’m not going to bet on any one application of 5G. Or even one provider of 5G. I want the companies who make all of it possible.

Mobile providers like AT&T (T) and Verizon Communications (VZ) need 5G to maintain their edge – and get people into new smartphone contracts. But the big profits will come from the companies that help create 5G.

One such company I like now is much lesser known than the Big Telecom companies but has excellent growth prospects.

This company is already one of the biggest semiconductor equipment manufacturers in the world. These days, its products for machine learning, optics, sensors and analytics are getting deployed for all sorts of next-generation technologies: the self-driving cars, robotics, cloud computing and the larger Internet of Things (IoT).

If that company doesn’t sound familiar to you, I’d like to change that. This is the kind of stock that can help you profit from all the 5G infrastructure that’s popping up everywhere.

And the time to invest is now.

The company is expected to release its third-quarter report later this month. Currently, analysts are estimating a 12% year-over-year increase and every one of the company’s 16 analysts has revised their earnings estimates upwards over the last 90 days.

The company has a strong history of earnings surprises, and I don’t expect this quarter to be any different. I look for the results to dropkick this company’s shares higher and drive it to new 52-week highs (it hit a new 52-week high just today). So, if you’re looking to invest in this growing 5G company, your window to get in while the stock price is still low is closing quickly.

For all the details, simply watch my free briefing on 5G and join us at Growth Investor today. As soon as you do, I’ll send you a copy of my special report,  The King of 5G “Turbo Button” Technology, that will tell you everything you need to know about this company and 5G.