As I talked about on Friday, there is a huge tech stock rotation in the market. As a result, some of the well-known tech stocks are being pushed to the side.

I’m talking about stocks like International Business Machines Corporation (IBM) and Intel Corporation (INTC). Sure, just about everyone knows these companies, but if you dig a little deeper, you’ll see that their earnings and sales growth is dwindling. So, in today’s Market360, we’ll take a look at how they stack up in Portfolio Grader against their competition. Let’s get into it.

IBM is one of the world’s largest technology companies and the second most valuable by global brand, which manufactures both hardware and software for its wide range of infrastructure services, hosting services and consulting services.

Taking a closer look into the numbers, for the second quarter, IBM beat analysts’ expectations on the top- and bottom-lines. Earnings of $2.18 per share topped estimates for $2.07. So, IBM posted a 4.3% earnings surprise. However, earnings were still down 31%, year-over-year. The company’s revenue of $18.1 billion bested forecasts for $17.7 billion by 2.3%. This was down 5.5% from revenue of $19.16 billion in the same quarter a year ago.

ServiceNow is a primarily software-based company that manages cloud computing software for information technology (IT) services management and digital workflow products. In May, Forbes crowned it the world’s most innovative company, and “America’s hottest IT-services company.”

ServiceNow has applications to manage a variety of internal departments—from IT to Security to Human Resources to Customer Service. These apps can be tailored to each company’s specific needs and organizational structure. They are designed to reduce the amount of time that employees need to hunt around for answers, which also saves them money.

As a result, ServiceNow also achieved total revenue of $1.08 billion, or 30% annual revenue growth. Second-quarter earnings came in at $243 million, or $1.23 per share – a 73.2% year-over-year increase from the $0.71 earned in the second quarter of 2019. The consensus estimate called for earnings of $1.01 per share and revenue of $1.05 billion, so NOW topped earnings forecasts by 21.8% and posted a slight revenue surprise.

Now that we know the numbers, let’s see how IBM and NOW stack up in Portfolio Grader: 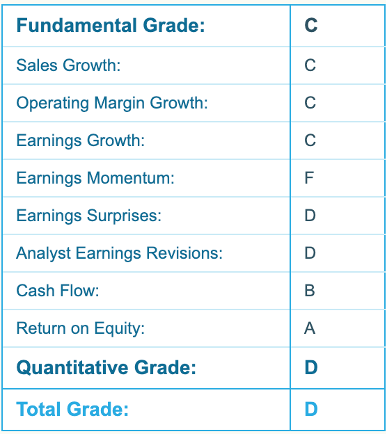 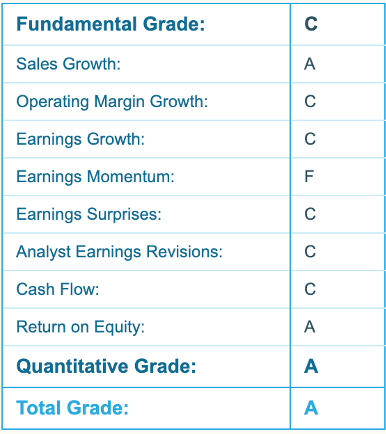 As you can see above, NOW is the winner. While both IBM and NOW earn a C-rating for their Fundamental Grade, NOW beats out IBM with its Sales Growth, where it holds a strong A-rating. Its Quantitative Grade, which measures a stock’s buying pressure, is also A-rated. IBM, on the other hand, receives a C-rating for its Quantitative Grade. When you add all the factors together, NOW is a “Strong Buy” with its overall A-rating and IBM is a “Sell” with its overall D-rating.

Founded in 1968, Intel provides computing, networking, data storage and communications worldwide and primarily manufactures semiconductor products for every type of technology that needs them.

INTC ran into supply issues during the second quarter, which affected business and, in turn, impacted computer device companies like Dell (DELL) and HP (HPQ). Second-quarter revenue increased 20% year-over-year to $19.73 billion but was down 23% from the first quarter. Earnings of $1.19 per share topped analysts’ estimates for earnings of $1.04. So, the company posted a 14% earnings surprise.

For full-year 2020, company management guided for earnings of $4.85 per share on a 4% year-over-year increase in revenue of $75 billion.

Advanced Micro Devices began as a second-source manufacturer of semiconductors. It has an interesting relationship with INTC because by 1982, its chips were being used by both INTC and IBM. Today, Advanced Micro Devices is a leading global semiconductor company, with operations in more than 20 countries around the world. The company offers microprocessors for game consoles, desktop PCs, notebooks and servers, as well as processor solutions for medical imaging, casino gaming and interactive digital signage.

These two companies are connected by their volume-producing deal, however, while AMD has several cutting-edge innovations separate from their third-party company deals, Intel tends to gap behind in terms of tech.

For example, during their-second quarter earnings announcement, Intel stated they would have to delay the release of their new chips supporting tiny 7-nanometer transistors until at least 2022. . However, this 7-nanometer technology is already offered by AMD. When INTC announced the news in July, AMD’s stock actually rose 8% while INTC’s stock fell over 10%.

The analyst community was expecting earnings of $0.16 per share on revenue of $1.86 billion. So, Advanced Micro Devices posted a 12.5% earnings surprise and slight revenue surprise.

Given the recent acceleration in its business and positive outlook going forward, Advanced Micro Devices also increased its full-year 2020 revenue guidance. Revenue is expected to jump 32% year-over-year. The company also expects third-quarter revenue of about $2.55 billion.

Now that we have the numbers, let’s see how INTC and AMD are rated in Portfolio Grader: 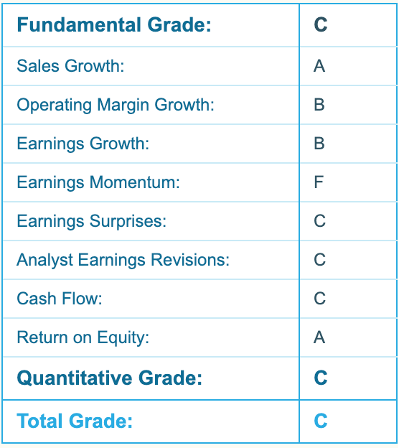 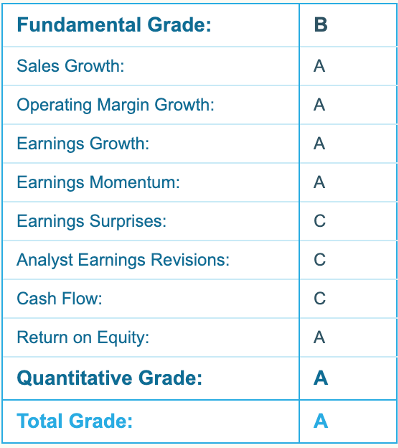 As you can see, AMD blows INTC out of the water. It earns an A-rating for Sales Growth, Operating Margin Growth, Earnings Growth and Earnings Momentum. INTC, on the other hand, is quite mixed. All told, INTC earns a C-rating for its Total Grade, while AMD earnings an A-rating and is a “Strong Buy.” So, while INTC isn’t a bad stock, it is not a great buying opportunity right now.

Out with the Old and In with the New

These tech giants have certainly all had their time in the spotlight, but for growth investors looking to make a profit – NOW and AMD are the clear winners. They are innovative and offer strong growth, which is why I recommended them in my services.

I initially recommended NOW in my Growth Investor Buy List in July 2018 and then added it to my Platinum Growth Club Model Portfolio in August 2018, due to its consistent earnings beats and top- and bottom-line growth. The stock currently sits at a whopping 157% gain in my Model Portfolio!

I added AMD to my Accelerated Profits Buy List in February, and it’s already up 53%.

I handpick all of my Model Portfolio recommendations, so you can rest assured that no matter what you choose, you’re investing in the crème de la crème.

If you’re interested, you can click here to sign up now. Once you do, not only will you have instant access to all my recommendations, but you’ll also receive my Crisis Master Plan– absolutely free. This is an important read, as it details my blueprint to take advantage of a set of extraordinary financial opportunities that you might not see ever again.

Note: I held my latest Platinum Growth Club Live Chat Event for September this past Monday. If you missed the live event, you can watch the recording here. I discussed a range of topics – my current market outlook, the big tech rotation, the third-quarter earnings season and much more! Catch up here now!