This week, we’ve reviewed the impact of 5G on several industries: manufacturing, self-driving cars, smartphones and cloud computing. Today, let’s take it a step further and discuss another important piece of 5G. I’m talking about the infrastructure and wireless carriers racing to establish stable 5G connections.

Now, I’m sure you’ve seen one of the many commercials from wireless carriers boasting about their wide 5G coverage, throwing out phrases like “nation-wide” coverage.

However, none of them have truly accomplished that feat. While there is certainly more 5G coverage in the U.S. now than ever before, most of the 5G coverage is a low-bandwidth quality and only in certain areas of the country. Simply put, the current 5G coverage is only slightly faster than 4G coverage and, in some cases, it does not reach all of the more rural areas.

With that said, the race has been going on for a few years now, and it looks like T-Mobile (TMUS) is leading the way. Last week, TMUS pulled ahead of the pack, making headlines after beating out AT&T (T). As you may recall, TMUS had merged with Sprint, which increased its customer base and 5G-edge. So, this isn’t too surprising.

T-Mobile is also beginning to improve its rural 5G coverage, as it’s now the first operator to switch to a standalone 5G network. This means that T-Mobile’s coverage spans farther than the other carriers. All told, the 5G network covers 250 million people in 7,500 cities.

This standalone network is considered the best because it combines low, mid, and high-band spectrum to provide a balance of coverage and speed.

AT&T is also claiming its 5G coverage expands throughout the nation; however, it only reaches 395 markets nationwide and 205 million consumers. In addition, most of its coverage is a non-standalone, low-band network, which means it can travel farther than 4G connections but only a little bit faster.

This puts the nation’s largest phone carrier, Verizon (VZ), in third place. Verizon has been focused on providing 5G networks to large cities, with super-fast speeds using mmWave-based 5G. But even in the cities it claims to cover, 5G connectivity is often spotty.

Verizon is shifting course and closing the gap in this race by focusing on technology that improves the spectrum of their 5G coverage.

For now, though, T-Mobile has the lead. So, let’s see if it’s beating out the competition in Portfolio Grader, too: 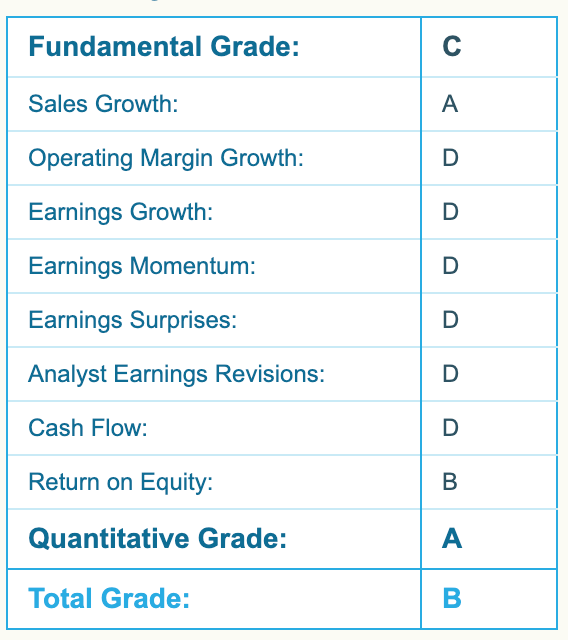 Verizon is also in a bad spot. Its sales and earnings growth is better, but its fundamentals are still lacking. 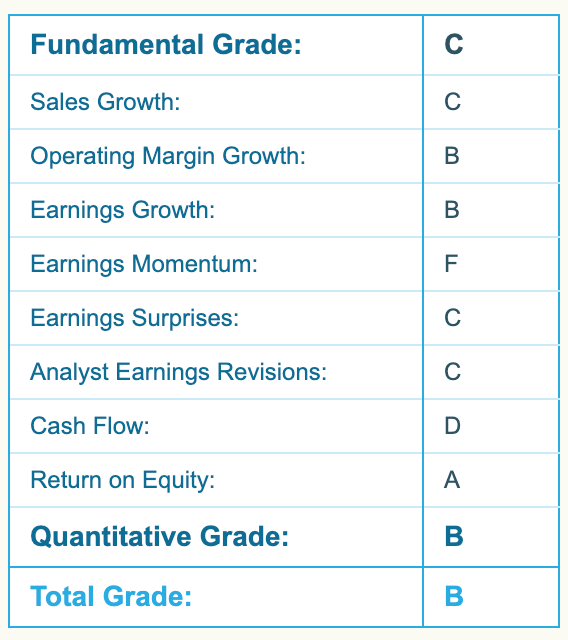 Second-quarter adjusted earnings of $1.18 per share topped estimates for $1.15, so Verizon posted a 2.6% earnings surprise. The wireless carrier also reported revenue of $30.45 billion, coming in slightly above consensus estimates of $29.99 billion. However, this was still a 5% decline from revenue of $32.07 billion in the second quarter of 2019. Earnings also fell 4.1% year-over-year.

AT&T comes in second in the race to 5G, but last in Total Grade, with its D-rating making the stock a “Sell” right now. 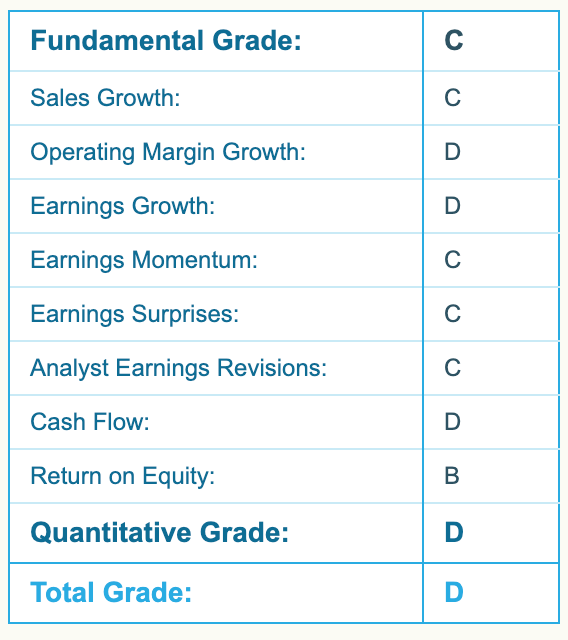 For the second quarter, AT&T reported adjusted earnings per share of $0.83, beating analysts’ expectations for $0.79. This represents a 4.8% earnings surprise. Revenue of $40.95 billion was just shy of the estimated $40.98 billion. When you add it all up, earnings fell 6.7% year-over-year and revenue dropped 8.9% year-over-year.

The reality is growth is slowing for these three wireless carriers, so if you’re looking to play the 5G trend, your best bet is to look elsewhere.

If you’re not sure where to look – no need to worry! I’ve already found it. It’s a name you’re unlikely familiar with, but unlike TMUS, VZ and T, its growth is accelerating quickly and should continue into the foreseeable future.

It is already one of the biggest semiconductor equipment manufacturers in the world, as it provides products that span the entire spectrum of 5G technology, like self-driving cars, robotics, cloud computing, and the Internet of Things (IoT) and can be used in machine learning, optics, sensors, and analytics.

If you’re looking for a fundamentally superior 5G stock with strong earnings and sales growth, this Growth Investor company fits the bill to a “T.”  In its most-recent quarter, its earnings rose 50% year-over-year and sales climbed 16%!

Click here to watch my free briefing at 5G and join us at Growth Investor today. Once you do, you’ll receive my special report The King of 5G “Turbo Button” Technology, which gives you an in-depth look at 5G and why this stock is poised to profit off all of the 5G trends. This report is yours – absolutely free.

You can secure a copy by watching my free briefing on 5G and joining us at Growth Investor today.