I always talk about the numbers behind my investments – and, frankly, so will any finance “guru” who’s worth your time. That’s why I think you’ll really appreciate what my colleague Matt McCall has for you today.

We don’t agree on everything. He STILL thinks bitcoin will win the gentlemen’s bet we’ve made for tomorrows Race to 40K debate.

But I must say, he makes a strong argument. That’s what you’ll hear in the article below.

They say a picture is worth a thousand words.

I don’t know about that part, but I definitely believe they can be worth a lot of money.

These charts are part of the case I’ll make tomorrow in my debate with InvestorPlace colleague Louis Navellier.

We’re going to hash it out tomorrow at 4 p.m. ET, so click here to RSVP if you haven’t already. It’s absolutely free to attend, and I can’t wait. But today, let me give you another sneak preview as to why I’m confident I’ll win.

I own bitcoin and have for a long time. It’s never been a trade for me. It’s about the transformative potential of bitcoin and all cryptocurrencies.

I think we are now in the early stages of what could be a huge run driven by multiple catalysts.

Bitcoin’s recent halvening reduced the new supply of coins coming on to the market at a time when demand is rising.

Bitcoin use is becoming much more widespread and mainstream. Just recently, banks were given the go-ahead to store cryptocurrencies for their customers. PayPal (PYPL) and Venmo plan to offer the buying and selling of cryptos. The biggest and best-known crypto exchange, Coinbase, is reportedly looking at going public. Coinbase has been approved by Visa (V) as a principal member, so it will be easier for users to spend their cryptocurrency like they would cash in a regular old bank account.

Bitcoin is already breaking out, which brings me to the three charts I want to show you. Let’s start with bitcoin. It has gained more than 50% so far in 2020 and blown away the Dow’s 6% loss. 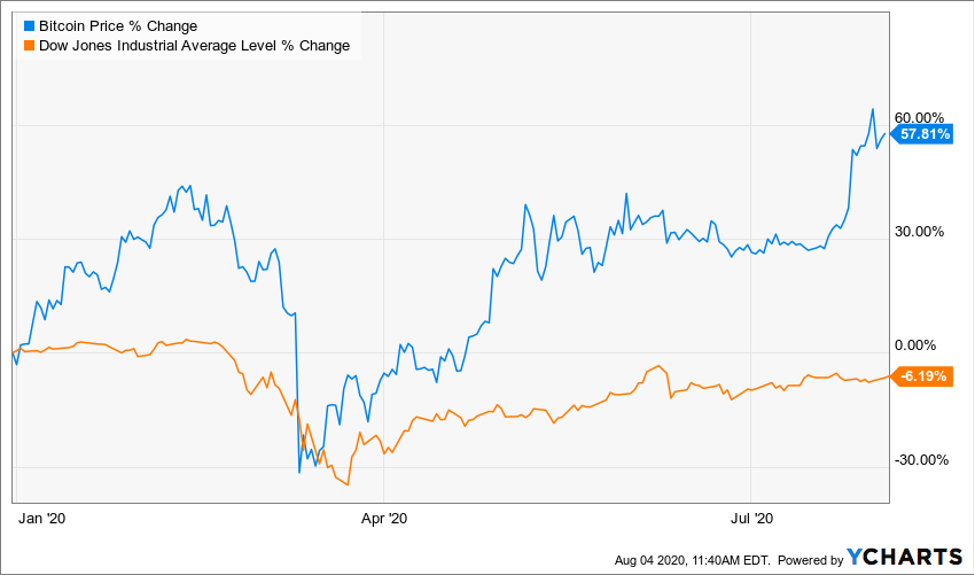 Now I want to show you the second chart, which is another cryptocurrency called Ethereum. It has the second largest market cap behind bitcoin. It is only about one-fifth the size of bitcoin, but it’s still more than three times bigger than the third-largest coin, XRP.

Ethereum has broken out even more impressively than bitcoin. 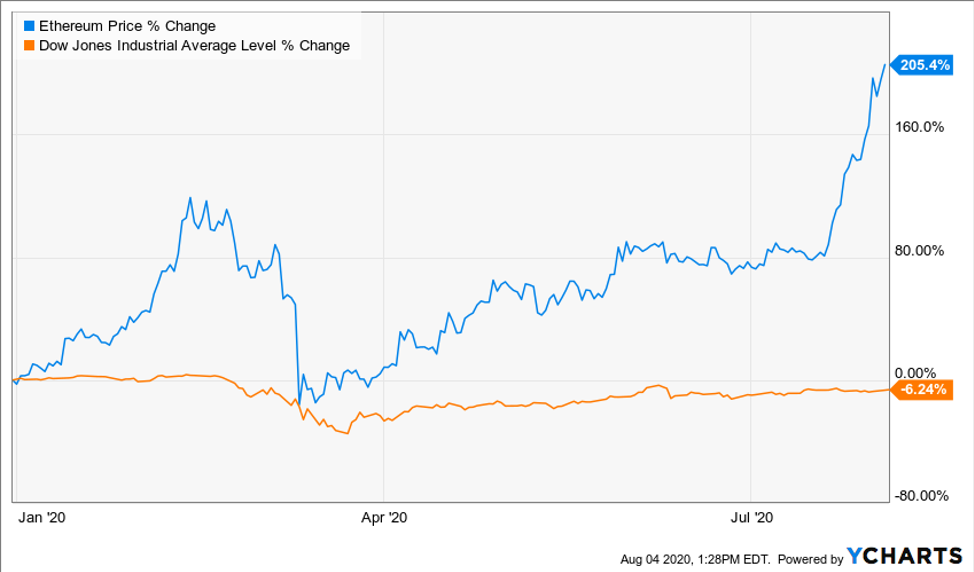 Looks like a carbon copy of bitcoin’s chart, doesn’t it?

But when you look at the percentage move, Ethereum’s is even more impressive. 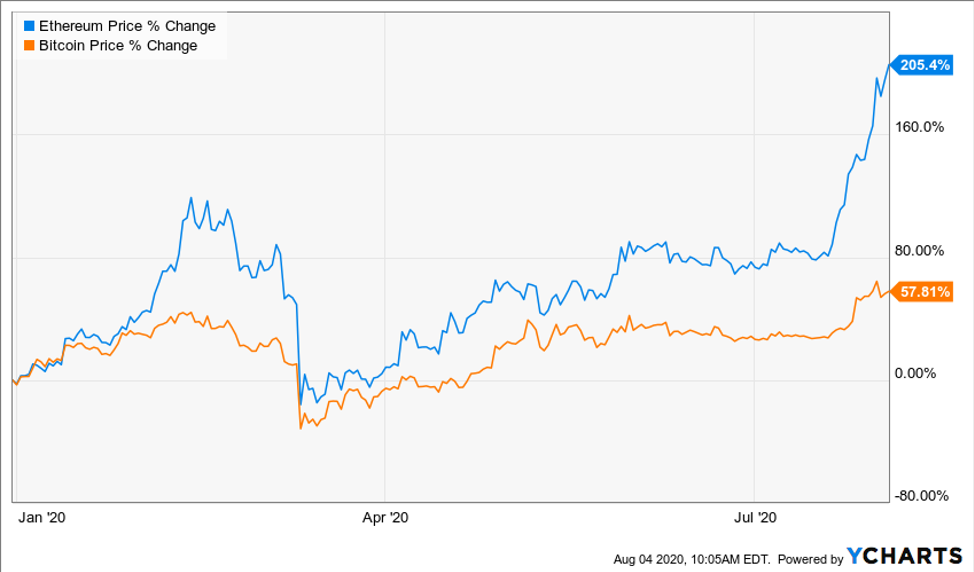 A nearly 60% surge in a little over two weeks has sent Ethereum to its best level in a year. It is by far the best performer of the big cryptos, and its recent breakout is a great sign for bitcoin as well as the smaller altcoins.

You can see that big moves in cryptocurrencies aren’t just possible. They happen.

Bitcoin is the bellwether, and its success will attract more money into the cryptocurrency market.

Bitcoin’s success and its surge in price after previous halvenings give us even more confidence in the future and my bet that it gets to 40K before the Dow.

I can’t wait to talk more about it tomorrow. Click here now to reserve your spot while they’re still available, and Louis and I will see you then.