After a difficult January and February, will things start looking up here in March? One industry to watch is the housing market. Not only are we getting into spring – which kicks off the traditional homebuying season – but the Federal Reserve just gave us the gift of even lower interest rates.

Let’s get a lay of the land, and then we’ll see what steps we might take as investors.

The first thing to realize is that there’s actually a lot of scarcity in the U.S. housing market. In fact, there has been for a long time. Despite the economic recovery and growth of the 2010s, far fewer homes were built than in previous decades. When the National Association of Home Builders (NAHB) researched this in January, here’s what they found. Focusing on single-family housing starts (and adjusting for population growth):

All the while, millennials are finding their financial footing and starting to buy homes, Gen X are in their peak earning years with growing families, and Boomers are starting to downsize and retire.

As a result, those homes are going faster. In its February report, Realtor.com found that homes were spending 80 days on the market, three fewer than February 2019. (And especially hot markets like Houston, TX, are averaging 68 days.) In turn, sellers are able to raise their listing prices. In February, listing prices were up 3.9% year-over-year, to a median listing price of $310,000.

Naturally, builders are also feeling good in this environment. That’s reflected in the NAHB’s Housing Market Index, which currently clocks in at 74 (out of 100). That’s actually a slight downtick from 75 in January, before the COVID-19 coronavirus outbreaks threw a wrench into the global economy. Builders in the Southern and Western regions of the country were even more confident, at 79 and 82, respectively.

Overall, we’re looking at more homes about to be built: about 920,000 units of single-family construction in 2020, the NAHB projects. That would be 4% more than last year.

That being said, consumer demand is really the key for the U.S. housing market. And just today, we found out that unemployment is back to 3.5%, a 50-year low. When Americans feel like they’re on strong enough footing, they spend…and these mortgage rates are irresistible.

Just two weeks ago, the 10-year Treasury yield – which is a common benchmark for mortgages and other loans – was around 1.50%. Historically, that’s very low. And then after Monday’s emergency rate cut by the Fed, it fell further to 0.92% by Thursday!

Add it all up, and people are feeling like if you’re going to get a mortgage, refinance, or take a home-equity loan to pay for renovations or schooling, then why not do it now?

So, if you’ve been watching the housing market, it wouldn’t have surprised you to hear that my pick for the InvestorPlace Best Stocks of 2020 contest is a mortgage company: PennyMac Financial Services (PFSI). In fact, I first selected it as one of my Breakthrough Stocks in November, even before the Fed cut rates further. And in all this market volatility, PFSI has held up well for that reason. 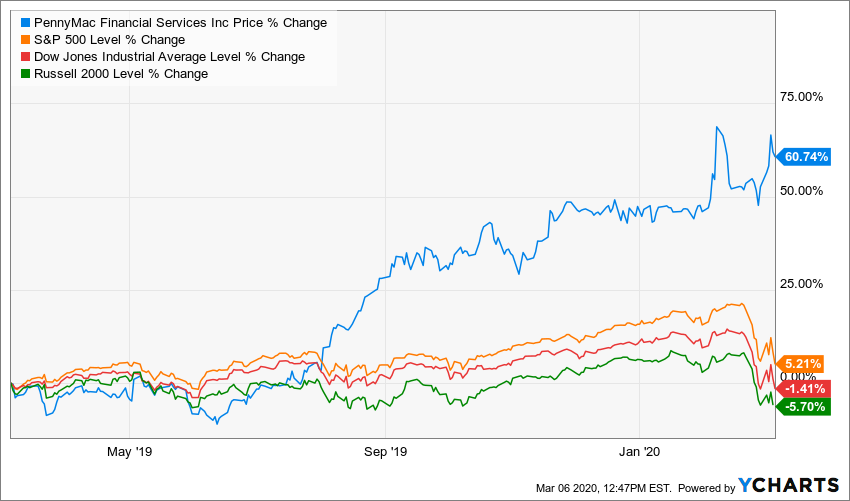 But what you won’t see on the chart is what really makes stocks like PFSI a great buy: the fundamental and quantitative factors I look for in Breakthrough Stocks and my other investment services.

Here’s PFSI’s Report Card from my Portfolio Grader, to see how it measures up on those factors now: 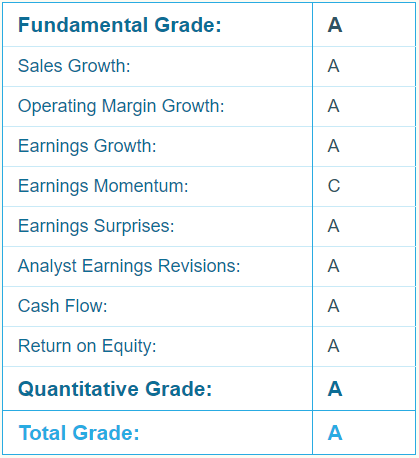 Yes, PFSI gets top marks on eight out of nine metrics. I’ve had great luck buying stocks that didn’t even rate quite that well. But you see why I’m on record saying this is the Best Stock of 2020.

And I have another great buy for you in this morning’s Breakthrough Stocks Flash Alert. While consumers invest in homes, businesses are investing in technology – and for utilities in particular, they want battery backups. (In fact, electricity storage is in such high demand that it’s interfering with car companies’ production of electric vehicles.)

The wildfires in California and Australia just go to show how suddenly our infrastructure can come offline – and how it pays to have backups. These systems often come with solar panels, too, which is one reason for my new solar stock pick. At Breakthrough Stocks, we already saw 207% profits with Enphase Energy (ENPH) in just four months …and now I’m aiming for a repeat performance. Click here to learn about my Breakthrough Stocks strategy, and consider joining us in our latest buy.