New year, new phones. Companies started rolling out their latest high-tech phones last year, like the upgraded Motorola Razr, and there are plenty more new smart phones to be rolled out this year.

However, the phone I’m most excited about is the Samsung Galaxy S20. 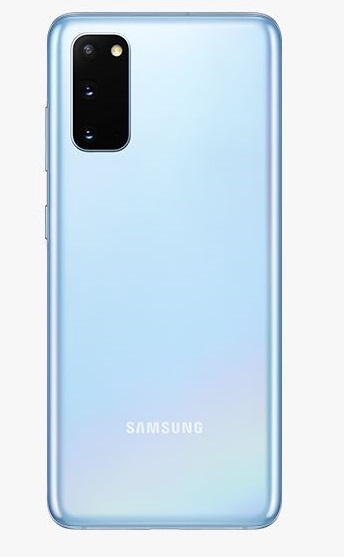 Rather, it’s because the three Samsung Galaxy S20 models will support 5G right out of the box. While last year’s Galaxy S10 also offered 5G, it didn’t have a 5G network available to it at the time.

So, the Samsung Galaxy S20 rollout is going to be a big test for 5G. Not only will all the major cell phone carriers – Verizon (VZ), Sprint (S), AT&T (T) and T-Mobile (TMUS) – sell these models, but they also all offer some kind of 5G network, too. Even Comcast (CMCSA) is getting in on the action, as it’s also going to sell the Samsung S20 models through its Xfinity Mobile service.

5G is going to have a huge impact on the smartphone market:

And it’s really no surprise given the speed 5G offers. As we talked about on Tuesday, 5G is 100 times faster than 4G. And with 5G, you’ll be able to download a two-hour movie in 3.6 seconds. With 4G, you’re looking at six minutes. So, it’s no surprise that major U.S. carriers are all racing to win the 5G game.

Grab Your Slice of the 5G Profits

However, while telecom stocks may be an obvious play on the 5G future, I’ve found a better way to go.

Within two years, most cell phones will be 5G enabled and be able to wirelessly handle television streaming. In fact, with the 5G infrastructure market set to grow at an annual rate of 67% over the next 10 years, the entire market will go from $780 million to nearly $48 billion. This buildout is where I see opportunity now.

Cable companies can do their best to fight back with fiber optics…but they can’t compete with the convenience of a smartphone, once it’s got ultrafast 5G. That’s how my 5G infrastructure play will capture more market share from the broadband cable companies.

The stock I’m targeting is enjoying an influx of big money on Wall Street, and it has strong fundamentals, too – making it an A-rated “Strong Buy” in my Portfolio Grader system.

Click here to watch my new, free briefing on 5G and how to capitalize on this extraordinary opportunity.

When you do, you’ll see how to claim a free copy of my new investment report, The Netflix of 5G, which has full details on this company – and what makes it such a great buy now.