Folks don’t often think about it until it’s time, but planning for retirement is very, very important. So when that day to retire comes around, they’re ready to sit back and enjoy their glory days. This issue hasn’t received a lot of attention in the past couple of years – as Wall Street celebrated new high after new high. But a “retirement crisis” is underway.

To put it simply, millions of Americans need to grow their wealth…fast. Otherwise, they may struggle to pay their bills in retirement. 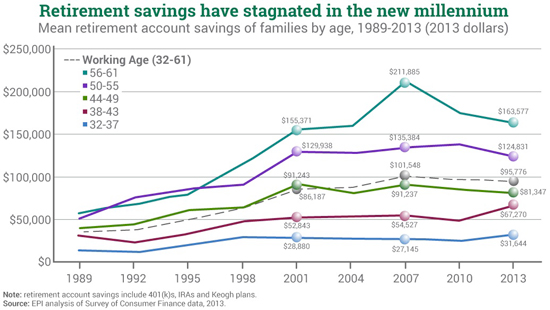 So if you ever worry about your financial future – especially now that the market’s become so turbulent – I completely understand. It’s a scary thing to think about if you’re not prepared.

And believe me, I know how it feels…and I also know that it’s possible to turn it around. I certainly didn’t come from wealth. My father was a stone mason, and I was the first in my family to attend college. But by the time I completed my MBA from Cal State Hayward, I’d discovered an investing formula that changed everything for me – and for thousands of other investors, too.

In the 40 years that followed, I hired programmers to take that formula and develop a set of tools called the Portfolio Grader. And I put it to all sorts of exciting uses – like the system I’d like to share with you today.

Basically, it boils down to finding Alpha without too much volatility.

The reason I look for high Alpha is because those are the stocks that will rise, whether the market is going up, down or sideways. But then I want to weed out the stocks where that high alpha is caused by a “short squeeze,” or by traders manipulating the prices. So by factoring out the volatility, I find stocks that are on the move for the right reasons!

After I’ve run this quantitative system – and applied my fundamental scoring, too, on factors like earnings, sales and upgrades — I simplify it to an A through F grade – the same grade system you’ve always known..

It’s a system that works no matter what’s happening in the overall market. (Even on Thursday, when the market sold off. This is also why I want to call your attention to it now.)

All the way back to the 1980s, this system has been successful in every bear market. It wasn’t because of superior intellect – or luck, for that matter—that I was one of the few analysts to make money during the 1987 crash and the 1993 bear market. It was because I’d discovered this trading system.

During the “tech wreck,” I averaged nearly 500% in total gains in a year in my blue-chip service.

So, as you see, with my proprietary quantum scoring system, bear markets become just a speed bump on the road to a comfortable retirement.

Right now, I’m keen on applying this system to small-cap stocks. And I’ll tell you why:

If you want growth – the kind of growth that’ll lift you right out of the doldrums the rest of the market is stuck in – then small-caps are where you look.

Like Vipshop Holdings (VIPS). It’s an online discount retailer…and not a very well-known one at that. But in July 2014, my system signaled to “buy.” And you can see in the chart below why I was glad we did.

And just this month, I’ve found my latest play.

My #1 Breakthrough Stock to Buy Now

It’s a tech stock – but NOT Facebook or Google. In fact, you’ve probably never heard of it before. Those have been disappointing investors lately, while this smaller, more specialized company has had a banner year. We’re talking 49% sales growth, 289% earnings growth in the latest quarter…even better than Wall Street analysts had forecasted!

Go here now for more on my Breakthrough Stocks system and this hot new buy.

When you do, you’ll have a chance at 5 MORE of my top stocks to buy now. One of them is actually a foray into a market I’d never imagined entering – so I’m keen to explain why. Check out Breakthrough Stocks now for full details.