When I came out with my warning of an earnings recession, I think that threw a lot of readers for a loop.

So, I wanted to clarify that I’m not backtracking on any of that. I’m still as committed to stocks as ever.

I just want investors to understand the situation we’re dealing with.

Heading into this earnings season, dire pronouncements started being made on TV about earnings recession.

Now the talking heads are crowing about all the positive earnings surprises that have come in.

So which is it?

The answer is — both!

While 76% of S&P 500 companies that have reported (as of Friday) were able to exceed analysts’ expectations…that doesn’t mean that the numbers were actually good.

According to FactSet, we’re now looking at a blended earnings decline. That’s a major reversal.

So let’s take a look back at the last earnings recession so you can see what I mean: 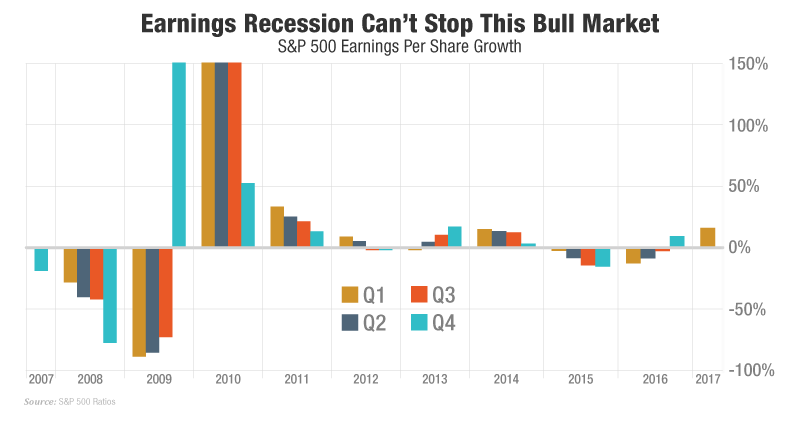 In fact, we’ve had three earnings recessions since 2009 — and the bull market survived every one.

I think it will this time, too.

That’s not to say there aren’t going to be bad days for certain stocks, like Google (GOOGL) had on Tuesday, and ExxonMobil (XOM) had last Friday.

But with stock-picking systems like mine, you could get any number of chances at huge gains during an earnings recession. They’ll come from the stocks that are still able to deliver monster growth, while others struggle.

I’m proud to say that at Accelerated Profits, our trades in the last earnings recession made:

And we did that without options, leveraged ETFs, or other risky strategies. We simply bought stocks that were able to deliver breathtaking growth.

I’ve been at this for 39 years, ever since one of my professors at Cal State Hayward tasked me with building a computer model to mimic the S&P — and my model kept beating it.

My system lets me find stocks that are about to enter a period of “hypergrowth.” A lot of other stocks will double or triple your money over the course of years…but these do it in a matter of months.

Let’s look at a couple examples of stocks that signaled they were about to liftoff, to see what we can learn. 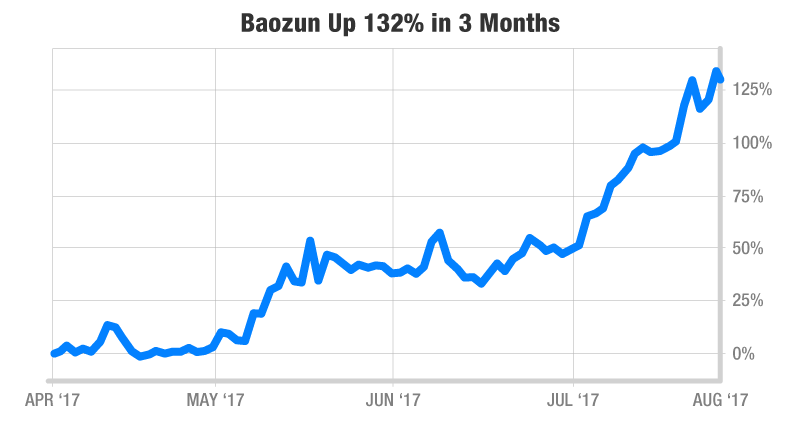 I said: “The company is best-known for its strong position in the ADHD market, with drugs like Vyvanse, Intuniv and Adderall XR. In the fourth quarter, the company sales rose 12% to $1.33 billion and its operating earnings rose 36% to $2.26 per share compared with the same quarter a year ago. The company also provided positive sales and earnings guidance, and I want to use the recent dip that we’ve seen in the biotech sector as a chance to add Shire to the Buy List.” 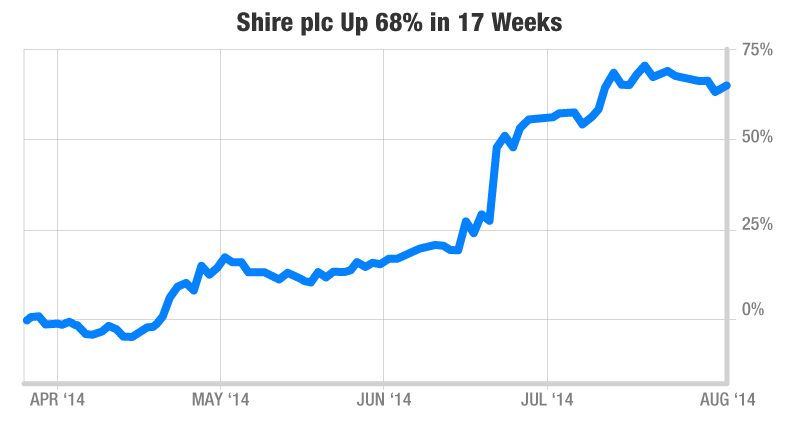 I said: “The company operates SINA.com (portal) and SINA.cn (mobile portal) as well as social media network, Weibo.com. During the third quarter, SINA reported a 21% increase in total revenues and a 21% jump in advertising revenues. Income from operations surged 147%. For the fourth quarter, the analyst community is expecting 60% annual earnings growth and 18.6% annual sales growth. Analysts have also revised their earnings estimates 19% higher in the past three months, so another quarterly earnings surprise is likely.” 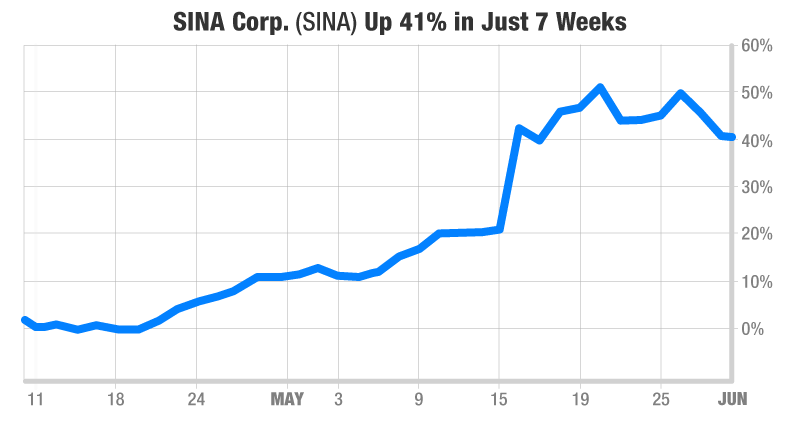 If you’re like most investors, you’ve never heard much about those companies — if any.

And even when you do hear about hot growth stocks…it’s usually after they make a big move. But, as we just saw, if you can find the right stock BEFORE that next major event…you can make large gains in a much shorter period of time.

Earnings is often the catalyst. So, now’s just the right time to give my methods a try.

How to Find the Market Leaders of 2019

There’s one simple indicator you can use to pick successful investments: money flow.

When a stock attracts a lot of cash from big Wall Street institutions, that’s about the biggest “shot in the arm” it could possibly get. And it’s the best sign that the share price will continue to climb.

So, where is the money going now? Well, the Federal Reserve is still a big factor.

The Fed continues to delay interest-rate hikes — and today, one of its officials even said he would be “open to a cut”!

If rates stay low or turn lower, even MORE money will rush into dividend stocks.

And fundamentally strong dividend stocks pack a one-two punch of share-price appreciation and steady, growing income. Compared to a Treasury bond or bank account, the payouts can be twice or five times the size.

In fact, my Growth Investor service features the crème de la crème of dividend growth stocks. A stock only makes it onto our Elite Dividend Payers Buy List if it passes my stock screen AND my dividend screen — earning my “AA” rating.

They’re the very stocks that are set to enjoy a flood of “smart money” from Wall Street. Check out my full briefing on this phenomenon here.