Earnings season is always a mixed bag, and this one is no exception; stocks like Google (GOOGL) are getting hammered, while others like Twitter (TWTR) are getting an earnings surprise boost.

So when I talk about this quarter being an earnings recession — I don’t say that lightly.

Even with 77% of S&P 500 companies posting better-than-expected earnings (according to Friday’s latest figures from FactSet), the actual numbers are still pretty weak:

And when you look back at the past year, this reversal looks even more significant.

Until now, corporate America has delivered some of the strongest earnings I’ve seen in my lifetime. 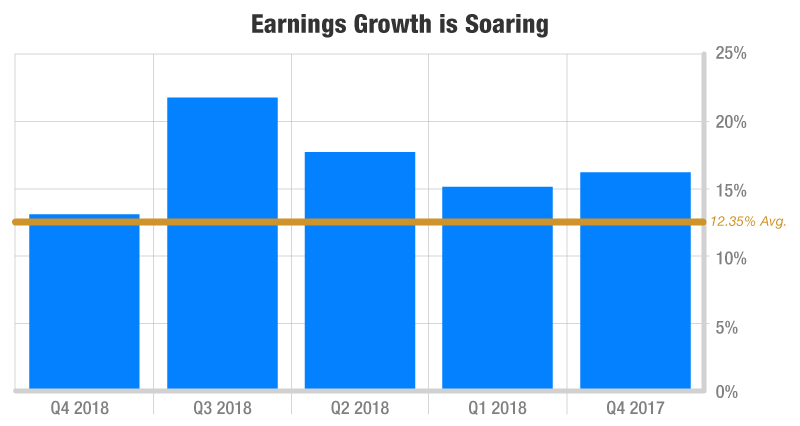 So what was different then? The biggest driver was tax cuts.

Remember, the Tax Cuts and Jobs Act of 2017 slashed the corporate tax rate from 35% to 21%. That’s billions of dollars, straight to the bottom line of all sorts of companies.

Did companies use their tax savings to invest in the business? Or to raise wages and salaries?

No. Just as I expected, much of it went to investors. 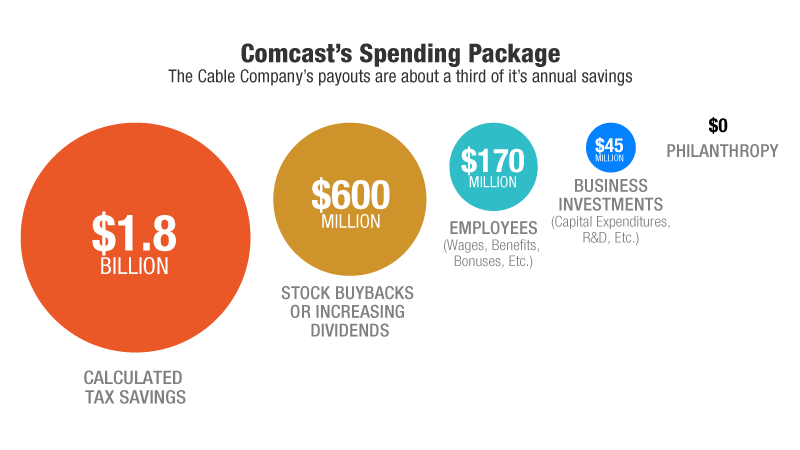 As the Comcast diagram above illustrates, very little went back into the business. Much more went to Comcast employees. But the vast majority — $600 million — went to stock buybacks and a dividend hike.

These companies are not alone. All in all, a record-breaking $1 trillion went into stock buybacks in 2018.

Here’s why: By buying back its own stock, a company can reduce its number of shares outstanding…and thus make its earnings look more attractive.

Remember, earnings per share (EPS) is what everyone looks at. (That’s an easy way to compare companies of very different sizes.)

This chart shows the effect of buybacks on EPS:

This is a great situation for its investors, who are getting a greater “bang for their buck.”

But ultimately, unless companies can actually grow their earnings, they can only get so far on tax cuts and buybacks. That’s why some stocks that looked so great are getting hammered now.

So, while I like to see buybacks, I want to see sales growth and earnings growth first. That’s where companies get the cash for buybacks (and dividends) in the first place.

And that’s what’s going to attract more investors…pushing the stock higher over time.

Bottom line: Anytime you’re deciding whether to buy (or keep) a stock, check its earnings and sales growth. My Portfolio Grader makes it simple and easy to do so.

If you’d like to hear their names — and get full details on the Earnings Recession — go here.