Every good short-term investment carries some risk. (We looked at that on Wednesday, when I explained how I find stocks with greater potential — “alpha” — and less risk.)

But they’re called short-term investments for a reason… eventually you have to sell to lock in your profits.

The fundamental and technical factors that set A+ stocks apart from the pack and indicate that we should buy them are the same factors we monitor to know when we should sell them.

As I’ve made pretty clear this week — one of the big ones is earnings.

I recommend being much more selective with your stocks at this time…largely because of earnings season. Due to more difficult year-over-year comparisons, earnings numbers will be harder to hit. Companies are getting downgraded left and right. They’re even admitting themselves that next quarter isn’t going to be pretty.

That is not to say you should simply “sell, sell, sell” everything. I’m merely saying that if you DO remain invested in a company, it should be because you’re confident there is strong underlying growth so it can continue delivering those profits.

I recommended this Canadian-based company back in January. For the third quarter, the company had reported that total sales jumped 57.5% year-over-year to $270.1 million. Third-quarter earnings per share came in at $0.04, crushing estimates for a $0.02 per share loss by 300%. For the fourth quarter, the consensus estimate calls for 47% annual sales growth and 33.3% annual earnings growth.

Three months later, I decided it was time to sell and lock in our 47% profits.

But by late March, it was clear that the next quarter was not going to be so kind to Shopify.

Yes, SHOP’s first-quarter revenues were expected to come in strong: In fact, the analyst community was expecting 44.6% annual growth.

Earnings, however, were another story: The consensus called for a loss of $0.05 per share — representing a 225% drop in earnings growth. That was a steady downward slide in analysts’ outlook over the previous two months.

Momentum is everything in investing — and that’s particularly true with a short-term strategy like this one. So, we booked our 47% gain in SHOP and moved on to better opportunities with more nearer-term upside. 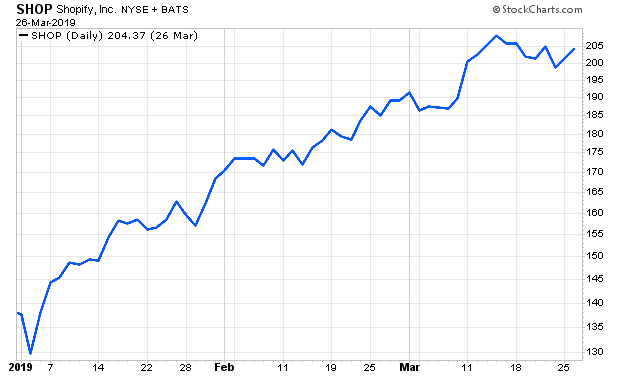 We took profits in NVIDIA Corporation (NVDA) for similar reasons.

NVDA was one of my favorite stocks of recent years and had been a top performer for nearly three years. Demand for its graphics chips had skyrocketed — until it stumbled in the third quarter of 2018, when the company fell short of its sales forecasts.

The company guided below expectations as well, which is what really hit the stock.

As the share price grew more volatile and analysts kept lowering their forecasts for NVDA, I knew it was time to collect our winnings. So, we sold the stock on a bounce for a whopping 166% profit.

That’s not to say I won’t recommend NVDA again. However, timing is extremely important — and the stars haven’t aligned quite yet. 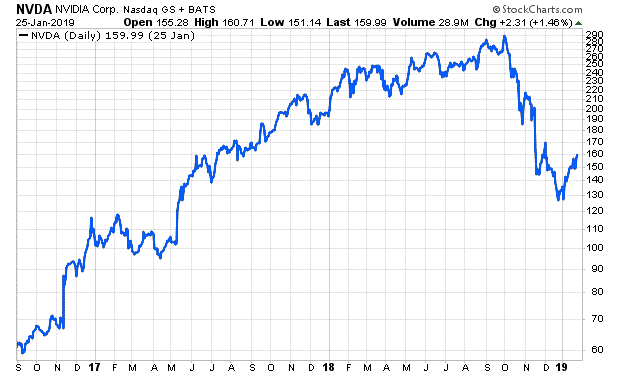 By that I mean hedge funds, mutual funds, ETFs and the like. When these major players flood into a stock, it’s like a stampede of elephants.

Any one of them may control $10 billion or more. So, when they enter — or abandon — a stock, it tends to have a FAR bigger impact than even the richest individual investor.

That’s the crux of why my system monitors the big institutional buyers. Most big, sustained price moves happen this way.

So, once a stock’s institutional buying support ratings begin to weaken, we sell the stock and move on to the next big opportunity. And with my proprietary system that rates over 5,000 stocks, I know we’ll find another one.

For example, earlier in this series, I mentioned that we made a 96% gain in less than six months in semiconductor equipment company Nova Measuring Instruments (NVMI).

But after we made those gains, Nova began to lose its ability to outpace the market with reduced volatility. We sold it in summer 2017 and moved on to stronger stocks. 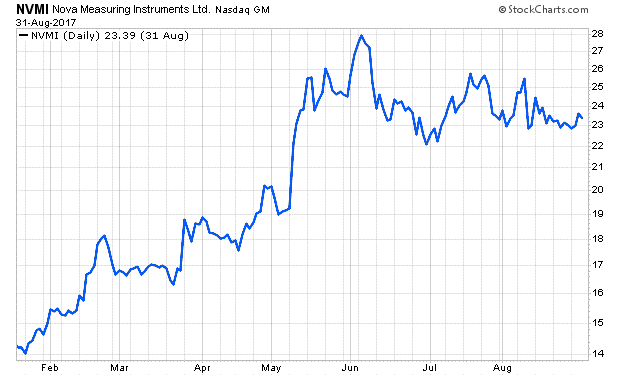 But that’s not our strategy here in Accelerated Profits. To generate consistent short-term profits, we’ve found that a decline in institutional buying support is a clear indicator it’s time to move on, take profits, and focus on stocks with superior ratings.

Our system is very picky. It demands excellence from stocks. We don’t let our money sit in a stock with declining ratings when we know it can be deployed into stronger stocks. After all, I believe our money deserves the very best, and you deserve the very best, too.

Uncovering the “creme de la creme” — the stocks with elite fundamentals that generate massive short-term gains — I’ve been telling you about is one of the most exciting and significant events in my career. 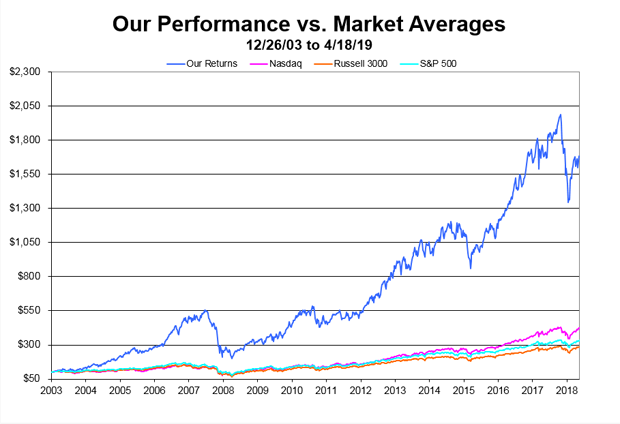 And since then, these stocks have performed 83.3% better than the broad market, on average. When applied consistently over time, that’s an edge that can add an extra zero to your net worth.